My life as a lightworker

-find your soul and life will feel so much better-

Story time: A messenger of God 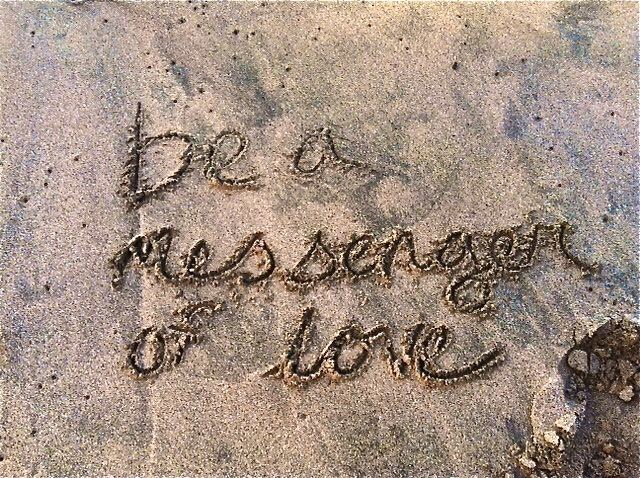 Last summer I traveled to U.K. to attend a concert that I was dreaming to go to since forever. The concert took place in June while my awakening happened in July, so it wasn’t long before that.

As always, I would rather be early than late so I got to the airport and had enough time for the souvenir shopping. You know, getting all the things you couldn’t be bothered to get for the people at home during your entire holiday lol

From all the shops in the airport I only felt the desire to check a particular one out. There I was, right at the entrance and it felt like something stopped me. You know, those stands with plenty of chargers and adapters that you can find in any airport worldwide. I was drawn to that for logic reason since I had every possible charger and adapter that’s out there. But still, I wanted to have a look at the ones that they were selling there. They were white and pink and just so pretty.

While I was deep in my contemplation of cables a tall man came out of nowhere and started talking to me like he’d known me since forever. He said his name, I did the same, we shook hands and, from there on, there was no way for me to stop him. I’ve told him where I’m from and he started telling me stories about Romania, about the times when he’s been here (quite funny that it happened many years ago and he still thought we are a communist country), about a friend he has here, about his age, about his passions and so on.

Meanwhile I was in almost complete silence while still trying to be as polite as I could. This guy made no sense but still…there was something about him. I couldn’t tell if he was trying to flirt or what his intentions were but his face was pure happiness and he was having a sincere smile that radiated love. The way he was looking into my eyes felt like he was piercing straight to my soul and that made me feel pretty uncomfortable back then. We’ve exchanged looks for a couple of seconds and it gave me the chills. I thought I’m going insane, why did that feel so right considering he is double my age?! Why did it feel familiar and like at home?! A few more minutes passed and I was planning my escape while a second man appeared. They were brothers, the second one was radiating happiness as much as the first one. “Damn, what now?!” I thought to myself. Like he was able to read my mind the first guy said something like:

“Look, I am a messenger of God, I spread love and light and this is for you. Have an amazing life!”

He handed me a paper and I took a short glimpse at it. It was something from the USA related to Jesus Christ. I’ve smiled politely and escaped the situation.

I’ve spent the next hour wondering what that was. I’ve been receiving flyers like that about different religions or cults before and I must admit, I never read any of them. But this time I took out of my bag the paper he gave me a few times and just looked at it and wondered what was going on with that guy. “How could he act so familiar and with so much friendships towards me, a stranger? Why couldn’t I stop thinking about him? The way he made me feel…so loved, unconditionally. Was he creepy? A rapist? A messenger of what? No, seriously! The way I’m feeling and the whole situation is messed up, I’ll stop thinking about him.”

A few days have passed and my mind was back at him. “I wonder where I’ve put that paper. Maybe I should read it properly. Maybe I’ll find his name.” I went through my bag, bag number 2, bag number 3, pockets, jackets, books. Nothing! “Ok, forget it, it’s nonsense anyway. Like I wanna be friends with Jesus. Yeah, right!”

More than a week has passed and I was having a conversation with someone and I’ve got no idea how, I’ve started telling that person the little incident I had at the airport. Again, the desire to find that paper kept growing. I went through my bags again but there was nothing there. I knew exectly where I’ve put the paper but it was impossible to find it.
To this day I haven’t been able to find it. Maybe it just did the job it had and I’ll never find it. But who is this man?

I’ve been contemplating this event today, realizing in how many ways Divinity has tried to contact me, how many events occurred at the perfect timing so that I could acknowledge that there is something more out there. How many people like the one from the airport have been sent to me during my entire life having the role of “waking me up”. How could I have missed all those signs?

Well beloved Divinity, thank you for not giving up on me. Thank you for always trying and not losing hope! I was slow but I’ve made it! I’m a natural blonde after all.
Hope you enjoyed my story!

Ps: I truly hope I’ll find this man again and thank him for what he did for me! Or maybe he’ll be reading my blog sometimes soon because my soul recognized his soul with that exchange of looks. Fringers crossed!

A day in the life of a lightworker

To all the lovely souls out there

Hello beautiful ones. Let's grow a community of love and share the Divine message we all carry ♥